What is the difference and does the lack of Thunderbolt hurt AMD Ryzen laptops?

As an Amazon Associate we earn from qualifying purchases of products linked in this article.

One advantage that Intel based laptops still have is the Thunderbolt port. However, there is a lot of confusion about what advantages it offers compared with USB-C, especially since both ports not only look the same but also accept the same cable (in fact, Thunderbolt is USB-C with additional capabilities). There are also different types of Thunderbolt, but for the sake of simplicity, the following comparison is going to use Thunderbolt 3 vs USB-C 3.1.

Although Ryzen laptops do not have Thunderbolt (yet), they often have USB-C ports that support most relevant features.

There are many different implementations of USB-C. For example, USB-C on phones is much more limited than laptops, since features like 100W charging would not make a lot of sense. Unfortunately, the same is true on laptops as well: You could end up with a laptop that has two USB-C ports, but only one of them allows charging. Even worse, manufactures often do not clearly state what the USB-C ports on their devices supports. There are USB-C implementations that are hardly better than the ancient USB 2 port.

Thunderbolt on the other hand is a standard that clearly specifies what it supports. There are different versions, but version 2 and 3 only differ by the amount of data that can be transferred per second.

The following comparison assumes Thunderbolt 3 and USB-C with maximum support for the specification.

Thunderbolt speeds drop to 20Gbs if the cable is longer than 0.5m (1.5ft) unless the cable is active (powered, more expensive).

USB-C and Thunderbolt support 2x 4K or 1x 5K displays. Just be aware that some USB-C ports do not support display out, so it is not possible to connect any monitors!

USB-C and Thunderbolt can both be used to charge your device with up to 100W. Many manufacturers replaced the old barrel charger with USB/TB charging. If you want to charge your laptop you need to make sure the power source provides enough power.

For example, it is possible to connect a USB-C phone charger, but it is unlikely to provide enough power to charge your laptop. Some Thunderbolt monitors only offer 45 Watts and some lightweight laptops come only with a 65-Watt charger. This is fine for a low power laptop (i.e. Ryzen 4XXXU) but charging a laptop with a H-class CPU and dedicated GPU gets harder and will drain the battery under load.

Docking stations and hubs used to be separate products: The first was expensive and only fitted very specific laptop models, whereas USB-A hubs could be used with any laptop but provided only limited functionality (no charging, limited display output).

USB-C finally fixes the limitations of USB-A. The right hub can charge your laptop with up to 100 Watts of power and supports 4K @60Hz (just make sure the hub supports it as well!).

A USB-C or Thunderbolt hub is a must if you use your laptop at home: A single cable to connect power, cable internet, external monitor(s), mouse, keyboards, and external storage is a luxury that can be had for as little as $30 or twice as much if you have a 4K display.

There are also Thunderbolt 3 docks, such as the CalDigit TS3 Plus, which are generally higher quality but also much more expensive.

Finally, there are displays with built-in docking station. These can reduce cable clutter and remove a point of failure. 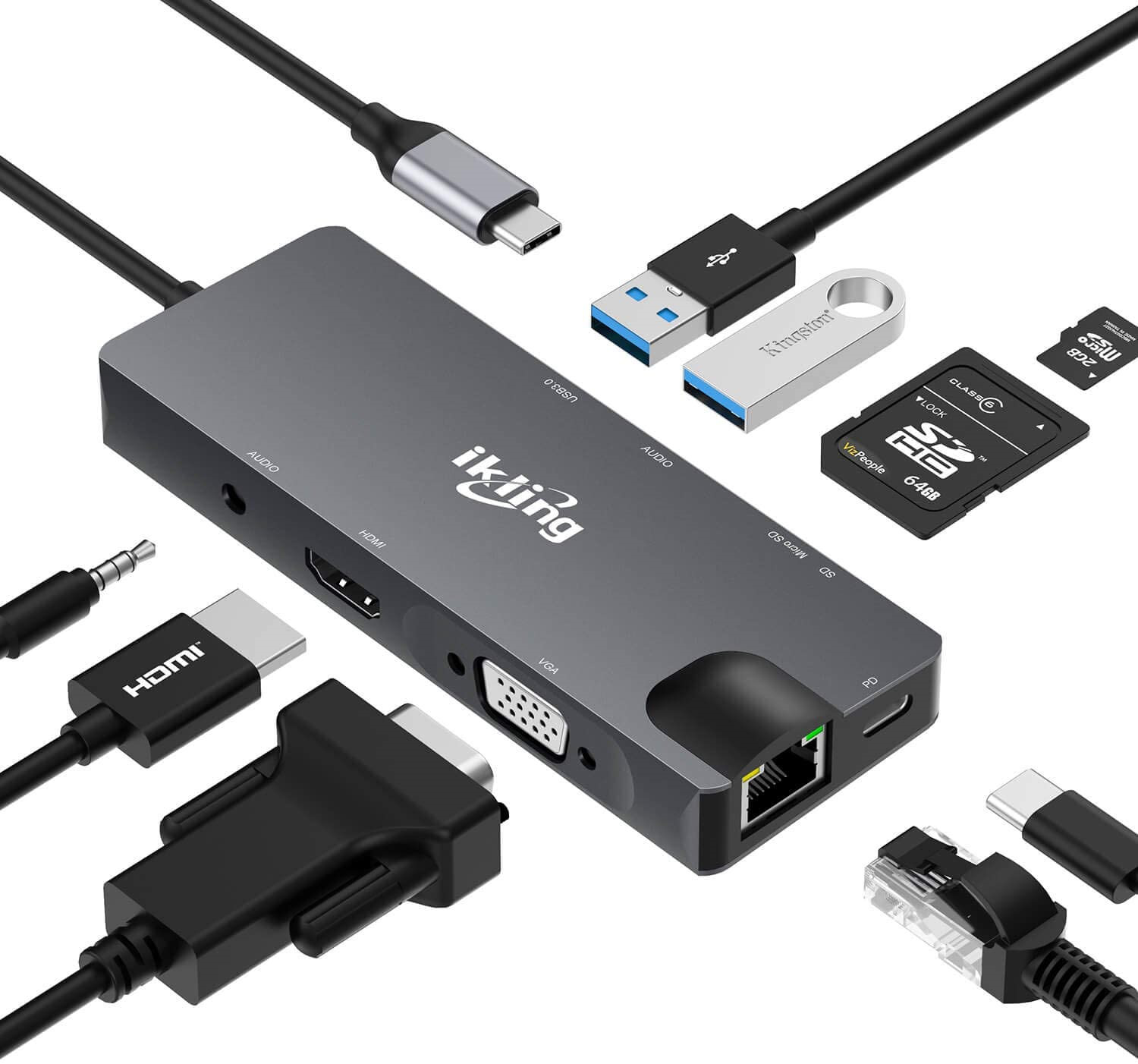 The ikling USB-C hub provides a lot of ports for just $30 but the HDMI port only supports 4K @30Hz If you need 4K @60Hz consider the Cable Matters USB-C hub. It's smaller and has 2 HDMI 2.0 ports, but costs twice as much. 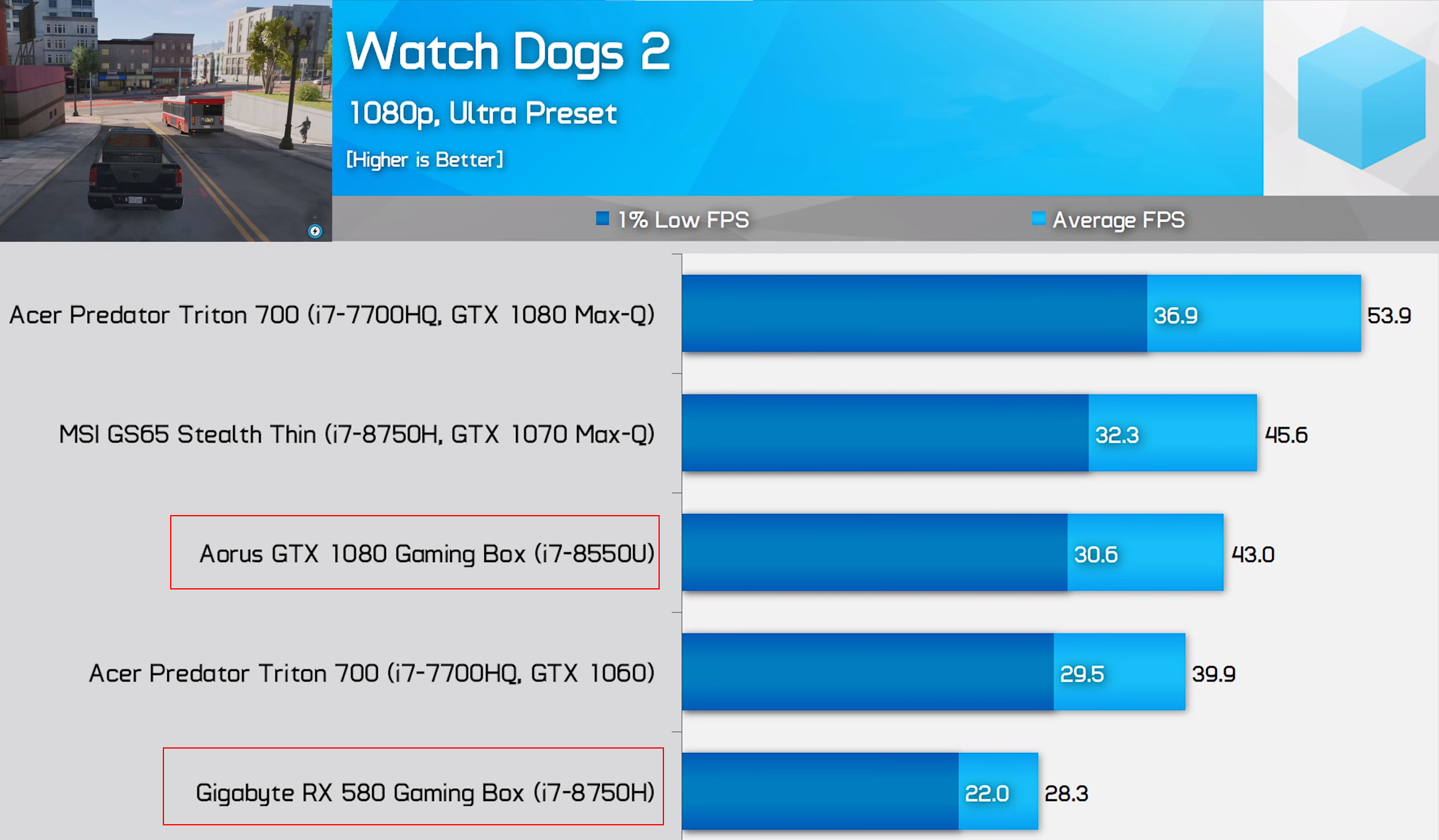 The Aorus Gaming Box with a GTX 1080 is slower than a laptop with a dedicated GTX 1070 Max-Q (the lower power version of the desktop GTX 1070). This means spending GTX 1080 money to get performance that is on the level of a desktop GTX 1060.

GPU enclosures are bulky and expensive, and often do not even include a GPU. Some solutions are almost as expensive (and large) as a desktop system. Running games over Thunderbolt also introduces latency that reduces performance by about 20%. Limited bandwidth compared with PCIe 16 can reduce performance further, but this issue can be mitigated by connecting an external monitor to the eGPU box.

There may be driver issues and bugs, although eGPU docks have improved a lot over time and are mostly plug and play.

Whether an eGPU makes sense depends on the situation. But given the high cost and performance impact, you are often better off to build a desktop PC for gaming.

USB-C is a confusing standard because it needs to support such a wide range of devices. It needs to scale from ultra-cheap smartphone to high end laptop. So, it is important to make sure a laptop supports everything you need.

Thunderbolt solves a lot of these problems without losing compatibility with USB-C and is currently an advantage of Intel laptops, at least until USB-C 4 comes out, which will bring Thunderbolt to AMD Ryzen laptops.
Questions or comments? Join us on Discord
As an Amazon Associate we earn from qualifying purchases of products linked in this article.